When World TeamTennis (WTT) steps on the court for its 44th season it will be serving up a lot of change.  With arguably its deepest lineup of tennis stars since its inception, the eight-team league starts the year with two new franchises, the Vegas Rollers and Orlando Storm, a new multi-year television agreement with CBS Sports and a new streaming agreement with ESPN+. 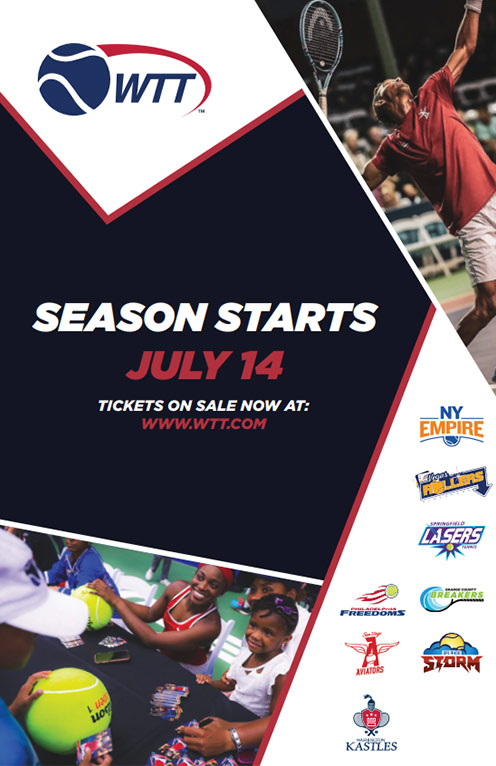 The 2019 WTT season will feature 17 matches on television across CBS and CBS Sports Network from July 14-Aug. 3, highlighted by WTT’s broadcast debut on the network on July 21 when the Philadelphia Freedoms take on the Vegas Rollers live on CBS at 4 p.m. ET/1 p.m. PT.

An additional 16 matches will air throughout the season exclusively on CBS Sports Network, beginning on WTT’s opening night, July 14, when the San Diego Aviators play at the New York Empire, led by John Isner, the top-ranked American in the world at No. 12. A wrap-up show will air on CBS on August 10.

The WTT Playoffs at the Orleans Arena, home of the expansion Vegas Rollers, comprise the final three live telecasts as CBS Sports Network will air both league semifinals on Aug. 2 beginning at 7 p.m. ET/4 p.m. PT and conclude with the WTT Final on Aug. 3 at 10 p.m. ET/7 p.m. PT.

Online streaming service ESPN+ will exclusively live stream 18 matches during the 2019 WTT season, with an additional 24 streaming on both ESPN+ and WTT.com.

“We are proud of our new linear and digital partnerships which will provide tennis fans with even more access to World TeamTennis’ players and teams through their favorite devices and platforms,” said WTT CEO Carlos Silva. “With two new franchises in Las Vegas and Orlando, and new television and streaming partners showcasing the strongest field in WTT history, we anticipate a memorable season in the quest for the King Trophy.”

The Washington Kastles will be featured in five regular season matches on CBS Sports Network, including a July 26 match at Philadelphia (7 p.m. ET/4 p.m. PT.) which features seven-time Grand Slam singles champion and 13-year WTT veteran Venus Williams playing the last of three matches with the Kastles in 2019.

“I always enjoy playing for the Kastles,” Williams said. “We have a really good team that I know will once again compete for the King Trophy.”

Other highlighted matches on CBS Sports Network include:

(All times local to home team; All matches exclusively on CBS Sports Network, except July 21 match on CBS) 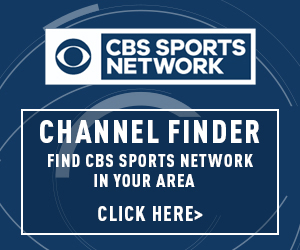 WTT introduced professional team tennis to the world in 1974, with Billie Jean King famously serving as its co-founder. WTT is one of five active U.S. pro sports leagues which has been in operation for over 40 years, along with the NFL, NBA, NHL and MLB. For more information on World TeamTennis, please visit www.wtt.com.